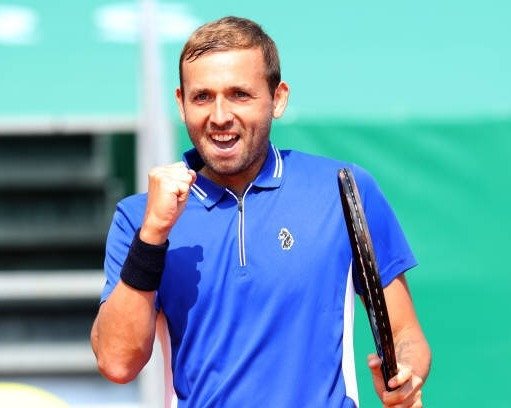 Daniel Evans is a British professional tennis player, and a Davis Cup Champion. He is current British No1.   He is currently at a career high world ranking of 26.

Recent career highlights include his first ATP Title at The Murray River Cup in Melbourne in Feb 2021.  At the beginning of April, Evans reached his first Masters 1000 final in Mens Doubles with Neal Skupski at the Miami Open.  At the Monte Carlo Masters, Evans recorded his first ever victory over a World No 1 after he beat Novac Djokovic in straight sets.  In the same tournament, partnering again with Neal Skupski, he reached his second Masters 1000 doubles final within two weeks.  As a result, he reached a career-high of world No. 56 in doubles on 19 April 2021.

Dan is currently partnered with LUKE 1977, Wilson Tennis and Adidas.